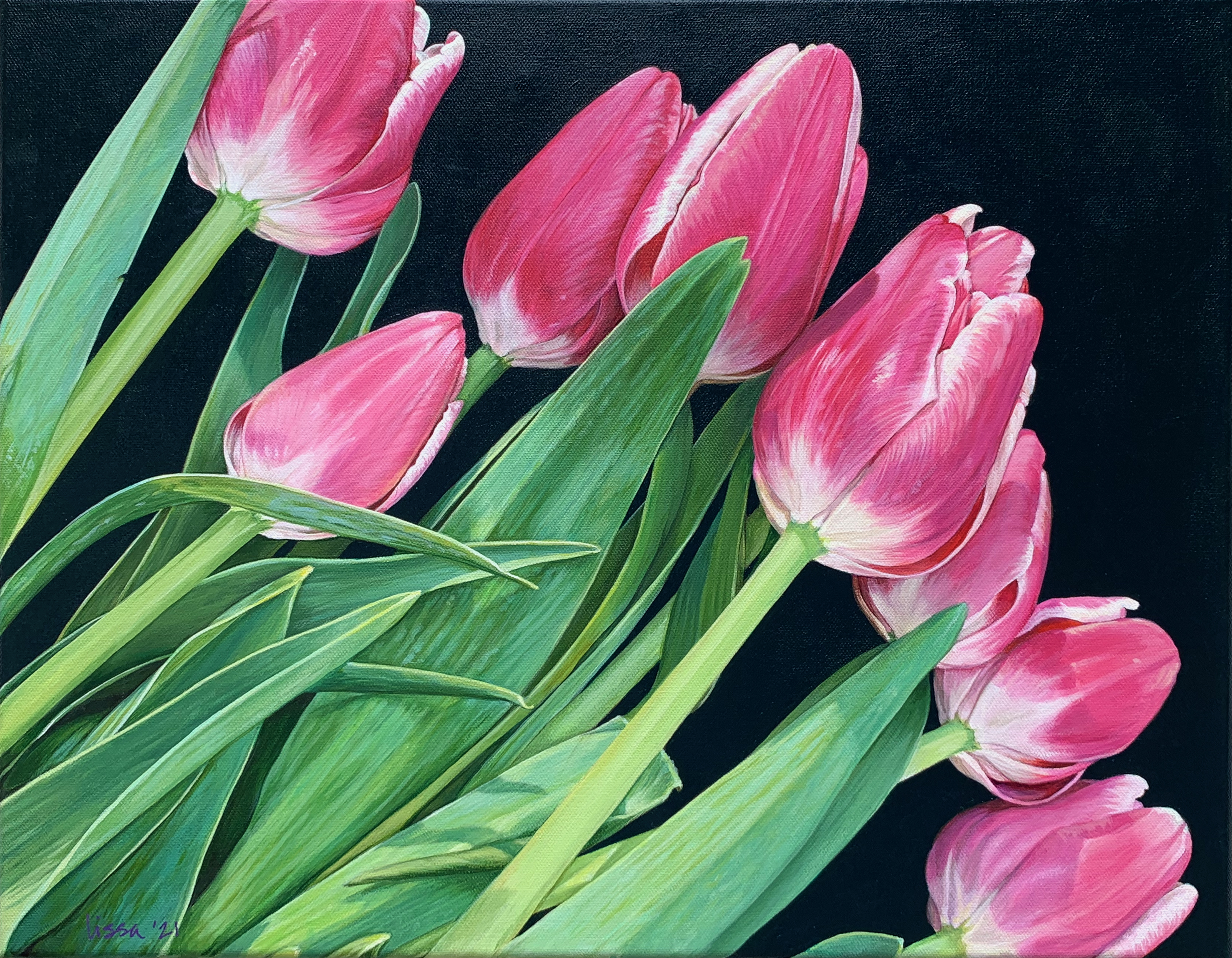 This was an odd Olympic year. Truly. Olympics are always in even years, never odd. I know, recently everything in our lives has been odd so why not the Olympics? But it was different for other reasons. In a world of protest and divisiveness the IOC braced for the same on the playing fields. Instead we watched opponents lift each other up, as in physically, to walk arm in arm across the finish line. We agonized as one of our best chose to sit out the events she had dedicated her life to excelling in and chose to put her mental health ahead of her quest for gold. In other words, we witnessed a new kind of champion, and new kinds of excellence.

Way back in April while the games actually happening looked iffy at best, I decided to embark on an experiment to see if I could figure out a way to be more productive. I’d seen studios chock-a-block with multiple works in progress and watched countless videos of artists creating large paintings in mere days. My thinking was if I could work on three paintings at a time I could bang them out in no time. My own version of one of those improbable triple flip, twirly things Simone Biles does that I can never really sort out even as it happens right in front of my eyes. Optimistically, I even posted a video to YouTube announcing my plan.

As usual, my process started with three detailed, to-scale drawings which I then transferred to canvas. Check. I then blocked in several coats of raw umber as background on each canvas. Check. I’m flying along. This should be a breeze. I then washed on some generic color to define the leaves and flowers on all three of them. This is great, I’m thinking. Should be done in no time!

As I started in on the greenery reality set in. I realized that I don’t so much as paint a canvas but rather paint each object in the painting. And there really isn’t any difference between painting two canvases with nine and ten flowers, respectively, (along with multitudinous leaves and stems) and painting one canvas with 19 flowers. I hadn’t really saved time. I just put myself on a treadmill that wasn’t very fun.

Now it’s been four months and I have just two of the three paintings finished. Not exactly an Olympic record. Did I fail? Nope, I don’t think so. You see, I did some other things during those months.

I spent time in my garden. Even on the dreariest of days a visit to my vegetable garden is a little like a shot of oxytocin followed by a serotonin chaser. I get all warm and fuzzy, suddenly feeling the need to scare away invading weeds and gently guide fruit-burdened stems. And although I put it off every time, there’s nothing quite like tooling around on my little tractor giving my weedy lawn a much-needed manicure.

And when I bring baskets of veggies and flowers into my kitchen, I never scold myself for not being productive in the studio. Quite to the contrary, I find inspiration in the full-blown red of a ripe tomato or the softly subtle pinks of an Oriental poppy.

And family. I had the good fortune this summer of spending some wonderful quality time with my grandchildren, oh, and their parents. The kids and I shared a room, which was delicious, if not a bit chaotic, and waking to their little voices was especially wonderful because they all slept like logs. Yes, there were meltdowns but I was able to capture some of the beautiful times with my trusty iPhone and hope to use them one day in the studio as a remembrance of those days.

So, no I didn’t launch myself into new heights of productivity. Nor did I learn new tricks. But I filled my reservoir of creativity with light and love, and a confirmation of something that I should have known all along: that my creative path has come this way and put me here because it’s where I should be, plain and simple. I cannot imagine being divorced from nature and there is nothing I would trade for that time with my grandchildren. And having a couple of extra paintings completed at the end of the year only ticks a box. Nothing else.