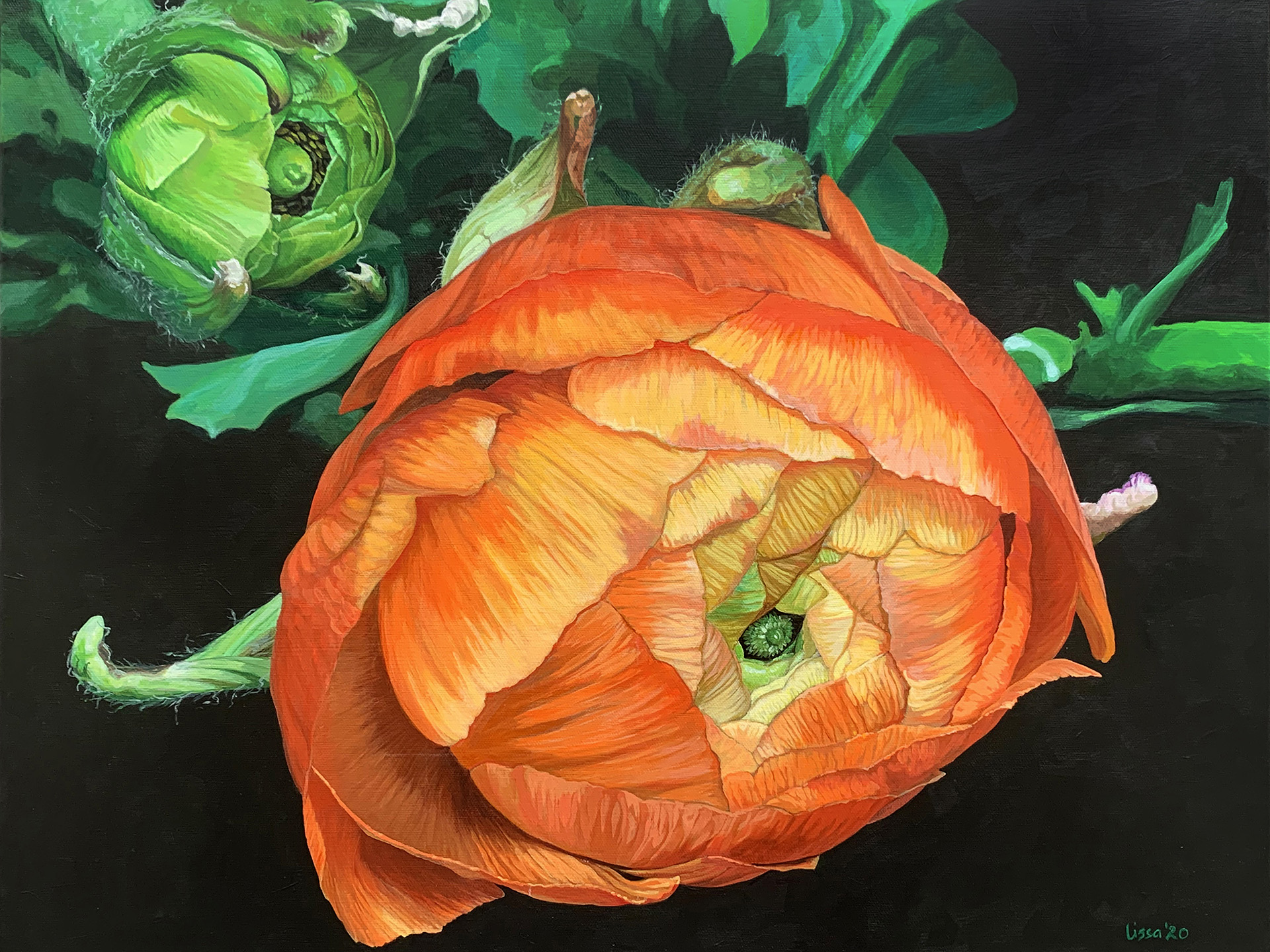 Where the hell have I been? No, I haven’t succumbed to COVID-19, nor have I been abducted by aliens. Something scary did happen though, my computer died…or rather, was suddenly plunged into the death throes as evidenced by a flickering display and images that began to get darker and darker. Since I was almost finished with this painting I began working like a fiend, racing against time to get it done. Lucky for me, I just squeaked through before phantom shapes started to be superimposed on my flickering images. If it had been later in the month I might have suspected my computer was haunted. I wondered if it might just suddenly burst into flames.

I’ll spare you my experience with a local computer repair firm. Suffice it to say that I eventually found myself outside the Apple store prepared to sacrifice my first-born child for a new laptop. A trio of masked security guards, dressed head to toe in black, took my temperature and ushered me in where I was introduced to Zhenya, my salesperson.

Zhenya was and was not your ordinary Apple sales pro. Like every other person I’ve dealt with at Apple she was extraordinarily well informed and asked me all the right questions, steering me to the computer that would best meet my needs, and pocketbook. She asked me what I used it for and I explained that, as a painter, I used the photos on my computer as the source material for my paintings. Also, that my computer was my business! It’s my archive, marketing, sales, exhibition, bookkeeping, tax recording, researching, image repository and anything else that pertains to my painting business. She asked me what kind of things I painted. As I told her I painted largely flowers and people, I almost suggested she take a look at my website. But I didn’t. Because Zhenya was totally blind.

Throughout our conversation her fingers flew across the face of the iPhone that she held in her hand. In response, I could hear a faint chirping out quick numbers and phrases as she noted my preferences, navigated inventory (checking other stores for an item I was interested in), took down my information and processed my sale. She was amazing; she was self-confident and through that she made a personal connection that I will not soon forget. So no, she was not your ordinary salesperson.

For some reason, as I worked on this painting it didn’t inspire a name as usually happens. Nor did I know what I’d call it after it was done. It wasn’t until I met Zhenya that I knew, I had to name it for her to remind me never to take for granted the gifts I’ve been given nor the challenges others face. To remember that my teensy technical challenge was small and that every day people like Zhenya rise to much larger challenges than I.