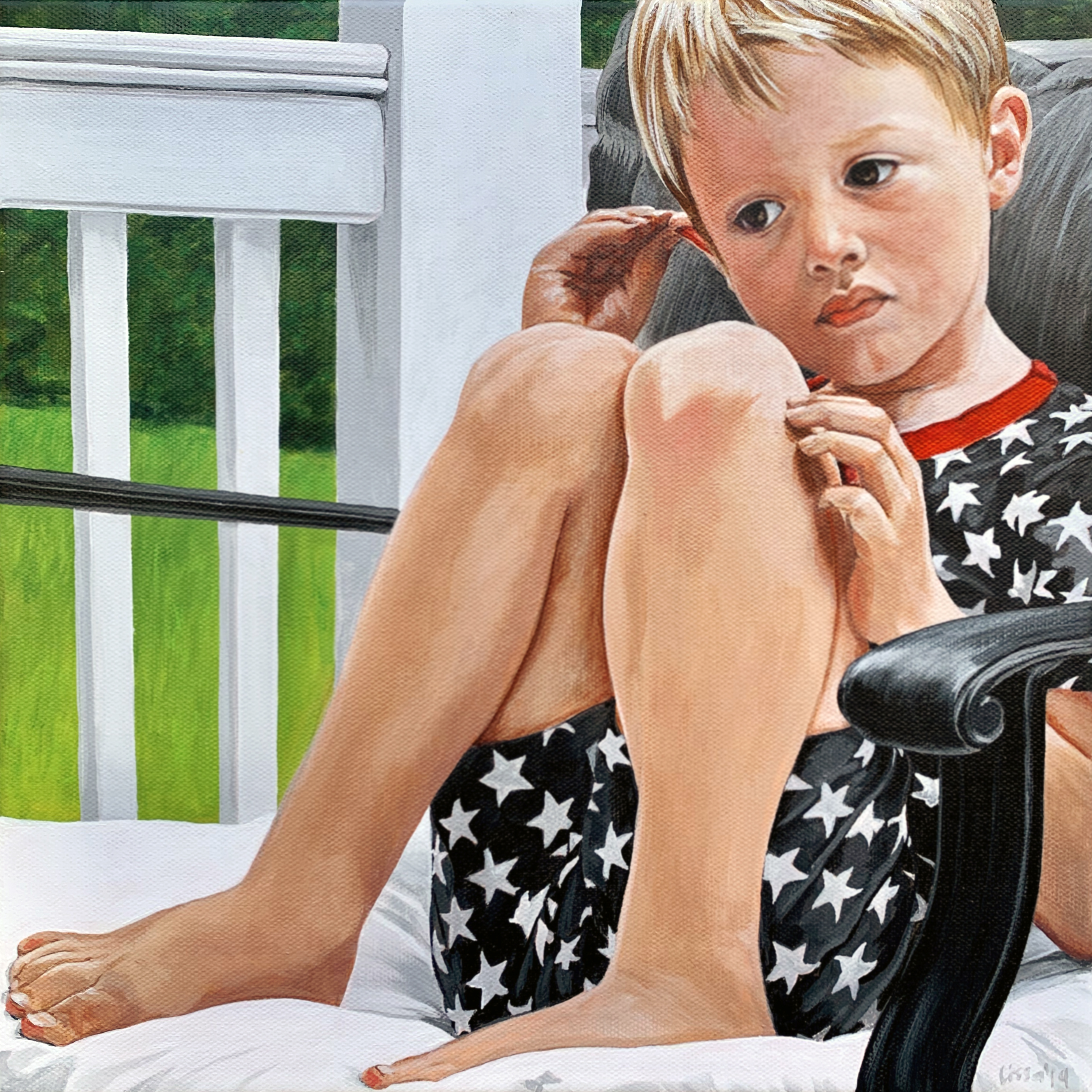 On Day II of their parents’ mental health weekend we woke to a beautiful morning. The little one found her bubbles and wanted to blow some so I shepherded her outside, her brothers followed. Brother James picked up a bat and started hitting balls (at the house, got that fixed). William sat pensively, not quite awake yet.

He pulled himself into a compact form. I snapped his photo. The photo became a painting.

Being the youngest child myself, I cannot lay claim to first-hand knowledge of the middle child experience. They’re often pegged as wallflowers of a sort, or overlooked at least. And while William can be introspective, I don’t quite buy the stereotype so I did a little research.

I learned that all the benign neglect that often befalls those middles can result in something quite extraordinary. They tend grow into independent thinkers, imaginative and original. They are often more empathetic and oriented towards principles of justice and finding common ground. Their bent to avoid conflict makes them good negotiators. Overall, their proclivities make it possible for them to become change agents in this world. Indeed, over 50% of our presidents have been middle children.

At six years of age I see quite a bit of William in those descriptors. He has a rich imagination, loves animals and marches to the beat of his own drum.

Of course, then again, there was the painting dispute that erupted the next day. While we were all enjoying some al fresco painting William took exception to James’ pride in his painting skills. Not having any more of the boasting, William had had enough. Brushes flew, paint flew and the boys quickly formed a scrum. William was sent to his room. I tried to help James repair the damage done to his painting and eventually I was left to pick up the mess. The littlest one helped me schlep our stuff inside. There, much to my surprise, I found the boys playing nicely together. James going out of his way to be conciliatory. William having moved on from outrage to cooperation. Like a good middle child would.