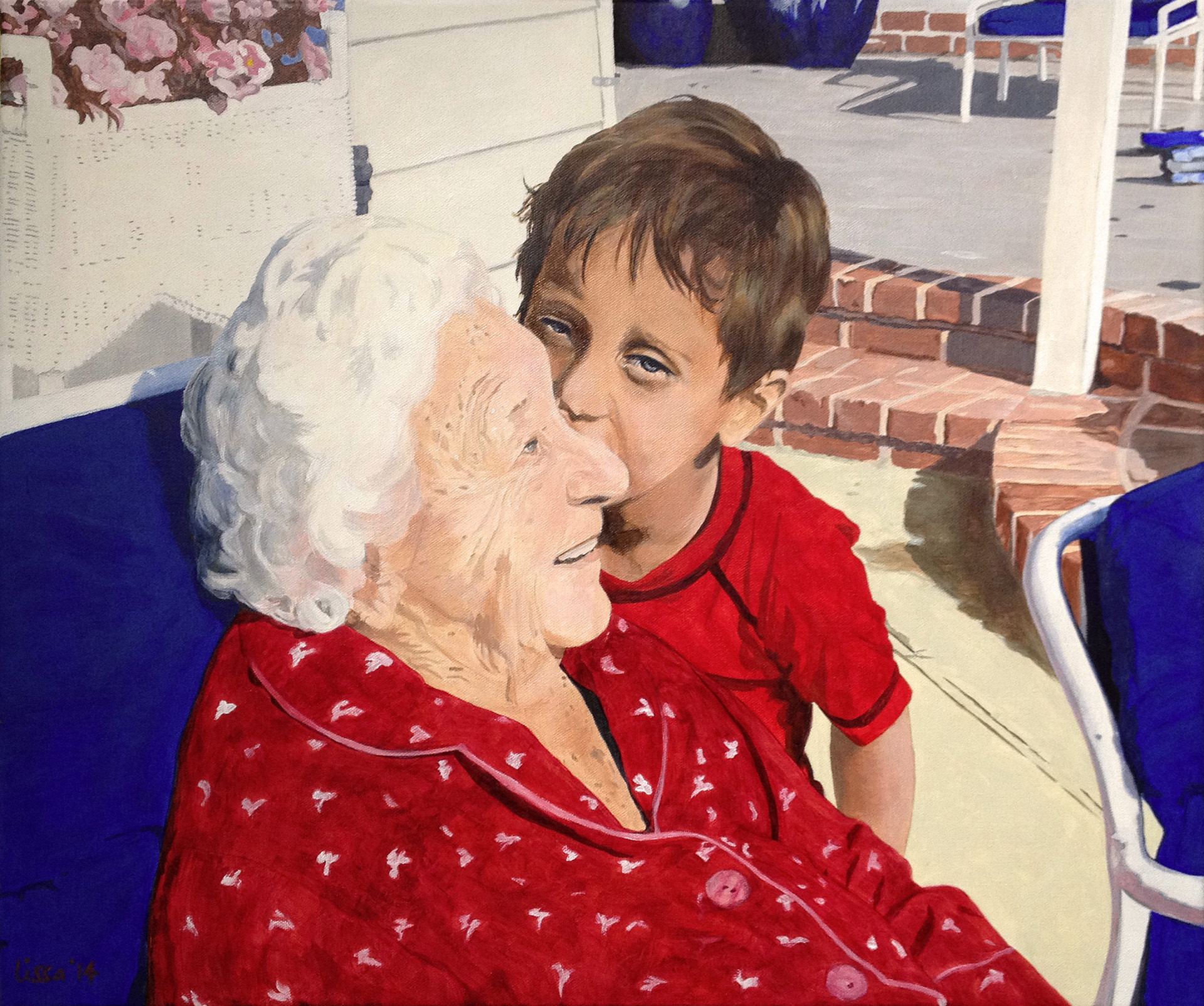 I've just finished a project, a commission, that's taken me longer than I'd expected and has turned out better than I could have imagined. I'd love to post an image of it here but won't be able to do so until it's delivered, which will be a while. For now I'll just need to be content to celebrate with a few pieces of dark chocolate and ginger ale since it's a little too early for a glass of wine!

Working on commission is a different bird from working on my own. The times I've been so honored to perform such a task I've had to work from a photo that was taken by someone else. This presents a few problems.

First, not being behind the lens removes me from the emotion of the moment. I must rely on others to explain to me their connection to the event if it's not immediately evident. In the case of the image that inspired the painting below, I was fortunate to know one of the subjects. It made it easier to grasp the melancholy that the patron was hoping I'd capture.

Second, sometimes the image is of a lower resolution or is a scan from an old snapshot. Lots of data gets lost in smaller images. To achieve the kind of realism that is often a part of my work small details can be lost or the speckles and "noise" can interfere with understanding object boundaries.

And finally, not all images are optimum. A good composition isn't just about where objects are, it's also about color, contrast, line and balance, for a start. A lack of contrast, for example, makes it difficult to represent depth and keep the painting from being too flat or boring. My most recent endeavor presented that challenge. You'll have to trust me for now that I believe I solved the problem.

And sometimes I have the good fortune to be presented with an extraordinary image with beautiful light, color, contrast, composition and clarity, like the inspiration of the painting above, and all is well.

Possibly the hardest thing to do, however, is to try and imagine myself as the commissioner who has in their own head a vision of what they want to see. When I'm able to tap into that place and also work true to my own style the stars align and we have a success. I say "we" because it really is a collaboration. After all, the painting would never have come to light without the patron's desire.